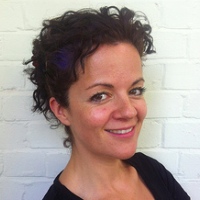 Alice is Founder/CEO of MakieLab, a toys-and-games company in London and creators of Makies, the worldâs first 3D Printed toy at retail. Makies are award-winning, customisable dolls, created by their individual owners via apps and games. Each doll is one of a kind, reflecting the personality and creativity of its owner.

MakieLab is developing further exciting products on its software-driven manufacturing platform, each exploring the smart creativity enabled by all forms of nu-manufacturing, including brand new IP toy-game combinations with big name partners.