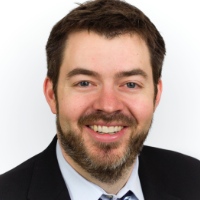 As Vice President, International & Digital Business at Highlights for Children, Andy Shafran is responsible for relationships that bring Highlights books, magazines and educational products to children in more than 40 countries around the world.

Under Andy’s leadership, Highlights launched many publications across the world, including Chinese, Indian, Malaysian, and Brazilian magazine editions, in addition to translated books and educational products in many more countries. With over one billion issues delivered since it was founded in 1946, Highlights magazines are the best-read children’s magazines in North America and total more than 250 million impressions each year. In 2015, Highlights will sell over 6 million branded books and magazines outside of the United States and Canada.

Andy led the launch of Highlights initial apps in 2009, which have collectively been downloaded nearly 1 million times.

Andy is a Columbus, Ohio native who previously worked for Procter & Gamble and Thomson Learning. He founded a publishing company that was later acquired by Thomson Learning. Andy has a Bachelor’s of Science in Computer Science and Engineering from The Ohio State University and a Masters of Business Administration from Xavier University. Since he started at Highlights in 2007, Shafran has been deeply involved in launching domestic licensing, digital, and international initiatives.