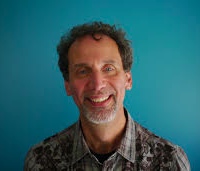 Strategist, analyst, author and speaker — for more than a quarter-century, David Kleeman has led the children’s media industry in developing sustainable, kid-friendly practices. Kleeman is Senior Vice President of Global Trends for Dubit, a strategy and research consultancy based in Leeds, England, that also creates digital games, apps and virtual worlds. For 25 years, he was President of the American Center for Children and Media, a creative professional development center.

Kleeman is advisory board chair to the international children’s TV festival (Prix Jeunesse),  a board member of the National Association for Media Literacy Education, and a Governor of the Academy of Television Arts & Sciences. He was a 2013 Senior Fellow of the Fred Rogers Center. In 2014, he received the “Pioneer” Award from Kids @ Play Interactive.

Kleeman travels worldwide seeking best practices in children’s and family media, technology and products; he has given presentations on six continents.  He writes extensively for trade and general press, including three book chapters and frequent commentaries for the Huffington Post and Kidscreen.