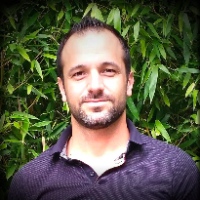 Guillaume Cohen is a French serial-entrepreneur who has lived in Silicon Valley for the past 14 years. He is the CEO and Co-Founder of Plumzi, a Palo Alto-based start-up funded by Silicon Valley VCs, along with strategic investors like The Walt Disney Company, Turner Broadcasting, Fuji TV, KDDI, and prominent angels like Bobby Yazdani, Eric Kessler, and Stu Snyder. The world’s leading animation studios already rely on Plumzi’s technology platform to not only adapt and monetize their animated series as appisodes, but also to expand their new show narratives beyond linear TV with a native appisode component.  Appisodes are a new form of entertainment on tablets, smartphones – and soon also on smart-TVs and Virtual Reality platforms – enabling viewers to interact with characters and help drive the story via touch, voice, tilt, and more. Plumzi is a winner of Disney’s 2012 Innovation Challenge, a 2013 graduate of Media Camp, the accelerator program by Turner Broadcasting and Warner Bros, and works with the world’s leading animation studios including Warner Bros., Nickelodeon, DreamWorks, Cartoon Network, Saban Brands, American Greetings, and more. Guillaume graduated from Ecole Polytechnique and ENSTA in Paris and is the proud father of 2 young daughters.