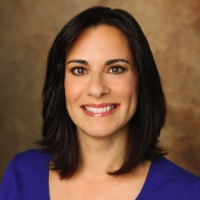 As Vice President, Digital Media for Disney Channels Worldwide, Lauren DeVillier is responsible for the strategy and oversight of the television based digital products associated with Disney ABC Cable Networks Group kids networks and platforms., as well as efforts related to the development of mobile, social and interactive applications for the Disney/ABC Television Group’s kids channels, including the groundbreaking WATCH Disney Channel, WATCH Disney Junior and WATCH Disney XD authenticated video products and Disney Junior Appisodes.

Under her leadership the Digital Media team was the 2008 winner of the Emmy for Outstanding Interactive Media Programming as well as winners of the 2012 Mobile Excellence Award Winner, 2011 KidScreen Award-Best Companion Website, 2013 iKids Award Best App for Disney Junior Appisodes and a 2015 iKids Award for best streaming video platform.

Ms. DeVillier has almost 20 years of experience working in the online and emerging technology industry.  Before joining Disney/ABC Television Group in September 2008, she oversaw the Yahoo! Kids business with responsibility for all aspects of the division, including strategy, content, research and business management.  Prior to her role with Yahoo! Kids, she launched Yahoo! Green, a corporate initiative focused on an innovative site providing news and information on global warming and related environmental issues and drove strategic product initiatives for the Yahoo! Food and Yahoo! Health businesses.

Ms. DeVillier has also held management positions at Microsoft including the MSN Kids channel, one of the first online networks aimed exclusively at children’s programming. At MSN, she helped pioneer creative online programming through partnerships with a variety of leading media companies. She also worked within the Microsoft TV division where she managed the developer program audience to create interactive TV capabilities to be supported on the Microsoft TV software platforms for set top boxes.

Ms. DeVillier is a member of The Producers Guild of America, the Academy of Television Arts & Sciences and is an advisory board member to the Alliance for Women in Media.