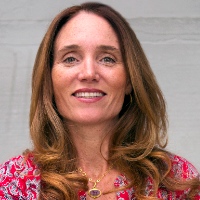 As a member of Flipboard’s founding team and head of marketing, Marci has led the company’s communications strategy since 2009. In her role she helping lay the foundation for the Flipboard brand, building the team and launching its social magazine in July 2010. Today Marci manages the team developing all outbound communications, editorial curation, social media, public relations, product messaging and partner marketing and consumer support. Over the years she has led the messaging, events and programs that have turned Flipboard into a globally recognized brand with accolades and awards from leading publications and organizations around the world.

Prior to Flipboard, Marci was communications executive at Tellme Networks, a voice recognition service powering services like 411 and 1-800-GoFEDEX. After Tellme was acquired by Microsoft in 2007 she continued to work for Tellme as a subsidiary of Microsoft until 2009.

In the late ’90s she was at [email protected] heading up public relations for several channels within the portal. She came to Excite after having spent several years at Adaptec where she led communications for the personal technology hardware division. Prior to Adaptec Marci had been building her own communications agency with clients in health, education and local government. She started her career in politics in California.